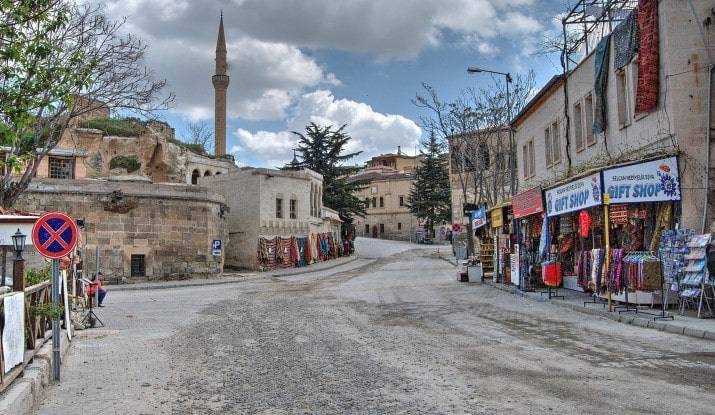 As many other small villages in Turkey, Mustafapasa, in Turkey ‘s central Cappadocia region, is steeped in Greek Orthodox history , particularly the Ottoman years before the early 20th century Turkish War of Independence, when Turks and Greeks lived side by side in harmony. 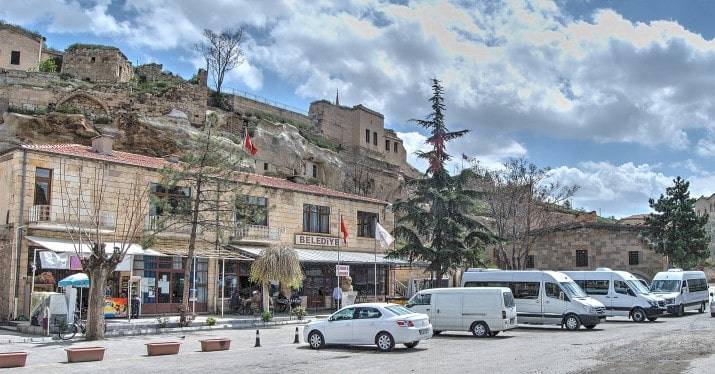 Author Giles Milton, who featured Turkish, Greek, Armenian and Jewish communities in Izmir, or as it was then known as Smyrna, in his novel history book “Paradise Lost,” tells extensively stories of the ethnic groups living together throughout Turkey.

Also the ghost village of Kayakoy on Turkey’s Mediterranean coast was the setting for the novel Louis de Bernières, Birds Without Wings in which romance crosses the ethnic divide between a Greek girl and a Turkish boy.

Walking around Mustafapasa, which used to be called Sinasos (meaning city of the sun), aside from a few locals clustered in tea shops and in the town square, anyone else I looked at was a tourist, either part of my party or one of the large tour buses that made brief visits through the area. Yet the Greek influence, namely in the houses and in Saint Nicholas’ Church, was not hard to spot.

Church of St. Nicholas at Mustafapasa 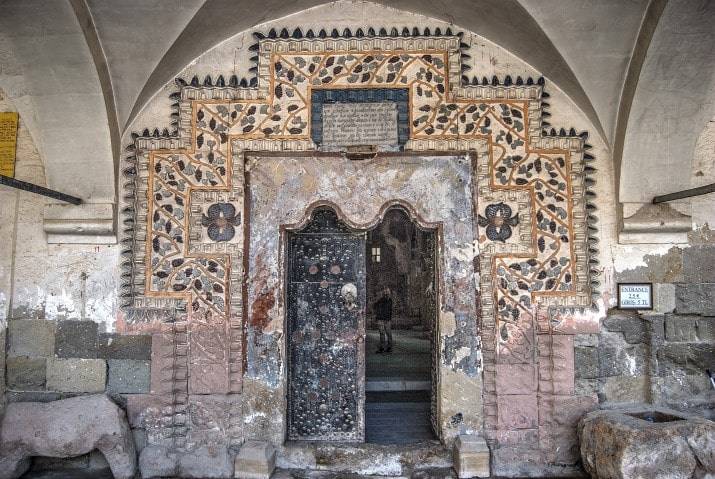 I was on a group tour and we had free time to explore, so I went straight to the little church opposite the square of the town. The entrance to the iron door flanked by three archways stood behind three symmetrical windows lined with iron bars. 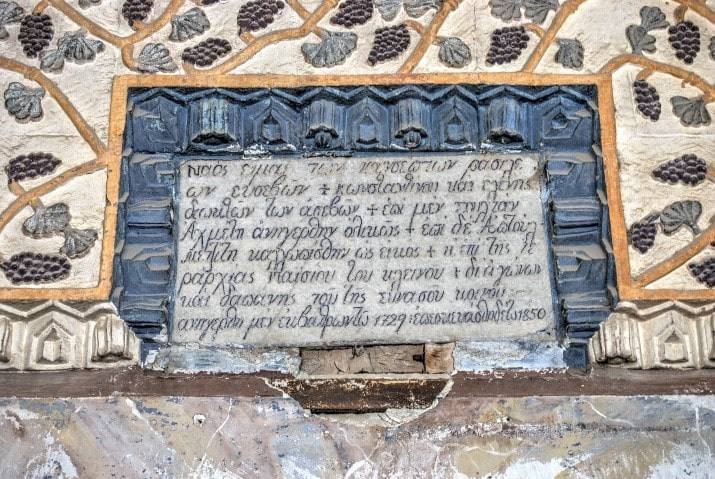 Directly above the door was an inscription, and since it was not in Turkish, I assume it was Greek of which I do not understand so my curiosity had to take a back seat as I walked through the doors into a large hall with a vaulted ceiling, typically of many churches throughout history. It took me no more than 10 minutes to explore and admire its small size so I headed for the streets to see what I could find. 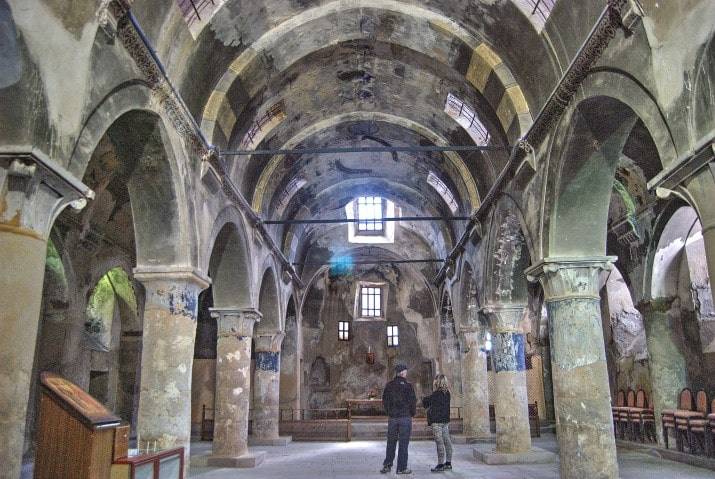 The architecture of the buildings, sitting on empty streets, turned out to be even more interesting than the church, passing by a shop owner, who insisted his souvenirs warranted my undivided attention. 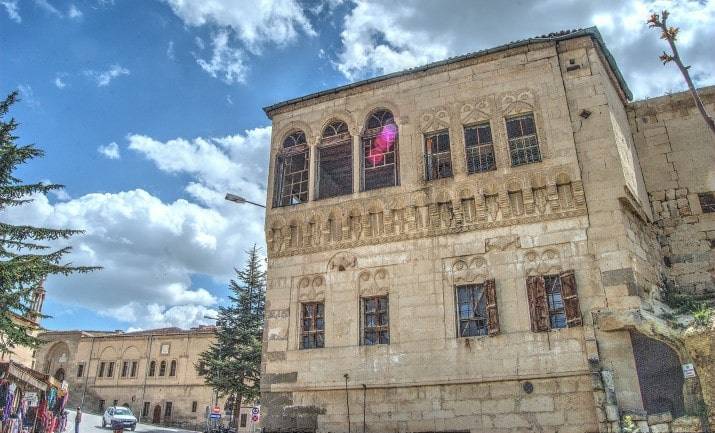 No disdain for Turkish architecture but they were more structured, appealing to the eye and reminiscent of a Mediterranean lifestyle instantly. Apparently some date back to the 19th and 20th centuries, but I believe they have been thoroughly refurbished in order to preserve their original appearance. God, what I would have given them for the chance to peek inside. 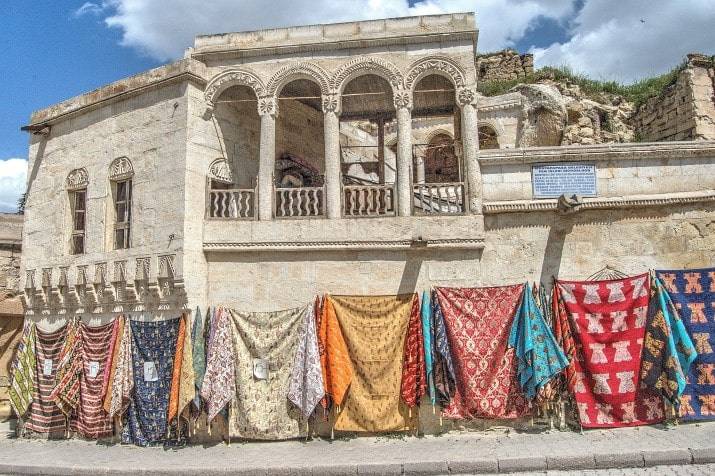 Mustafapasa apparently has a renovated hotel that once became famous because it was the setting for a Turkish soap opera. Maybe one day, I’ll come back and spend 3 or 4 nights, because there’s so much more to see and I can get to know the local elderly and their stories. I have an overwhelming hunch that would make a wonderful plotline for a book for their lives. 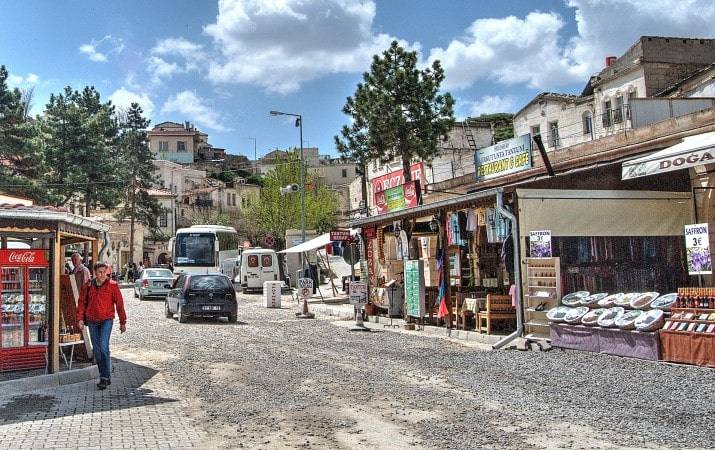