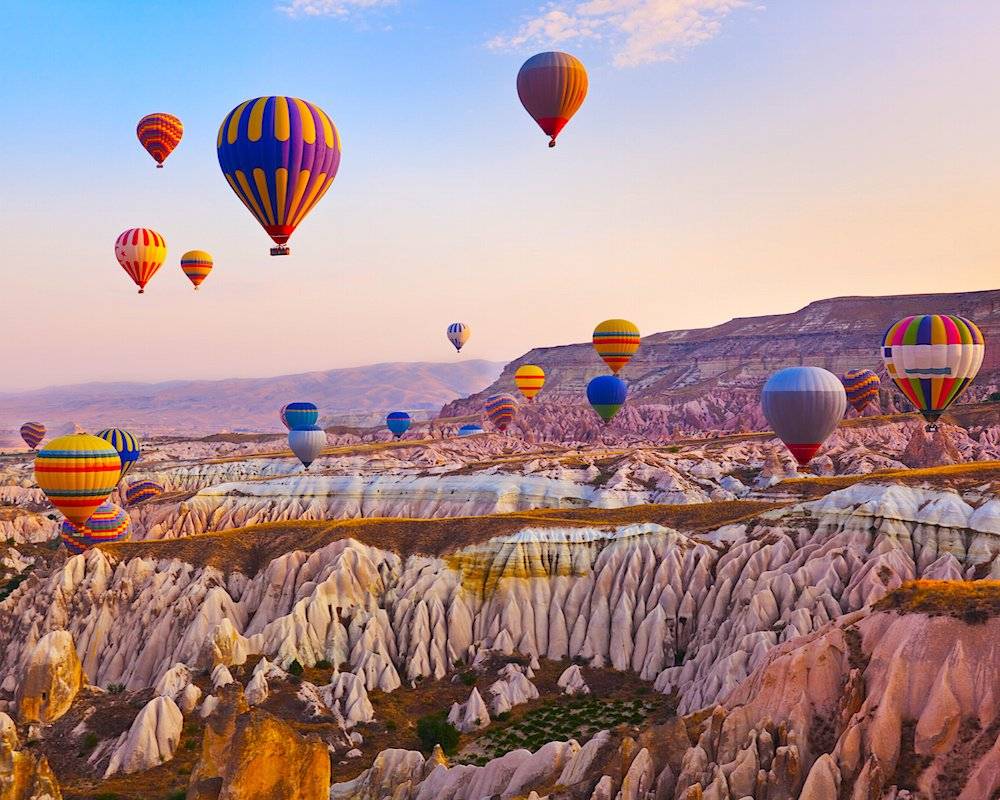 2 Days Cappadocia Tour From Izmir with an optional Balloon Ride includes flights to and from Izmir, 1 night in a cave hotel, all airport transfers, a tour of North and South Cappadocia, all museum entrance fees, breakfast and lunch.

Experience all of the must sees of Cappadocia. Watch the sunrise from a hot air balloon as you float above the fairy chimneys that dot the landscape. Stay in one of the charming cave hotels built into the volcanic rocks of Göreme. Tour the famous sites of the region such as the underground city, Uçhisar Castle, Göreme Open Air Museum, . Have an adventure you’ll never forget!